When on the verge of a new year, all I keep thinking about is how I actually don’t like New Year’s Eve. There’s way too much fuss about it, yet I am ringing in the new year tonight amidst a huge crowd. The difference is that I chose to spend it with my love and no one else (well, if you don’t count that crowd, that is). That said, I would easily make do with my couch and tv on NYE as well. I truly am ageing, aren’t I? I sound like an 80 year-old.

Now, to get to the point. As much as I think all this is overrated, I can’t help but reflect on the past year when approaching a new one. What better way to do so than with a photo recap?

I am well aware that many special moments aren’t featured in this recap. As much as I’ve tried to reduce it to about fourteen photos, I just couldn’t bare with the thought of leaving a couple of memories out. Please bare with me when you scroll through the following 22 photos.

Maybe a note of explanation for the header image that features my jar of happiness. I started this project early 2013. On January 1st, 2014, we got ourselves a couple of drinks and started going through the jar with all the memories, both good and bad, of 2013. It was at times sad, but also very fun to relive everything. In fact, I loved this project so much that we started all over again in 2014. I can’t wait to see the contents of this year’s jar when we open it tomorrow night! 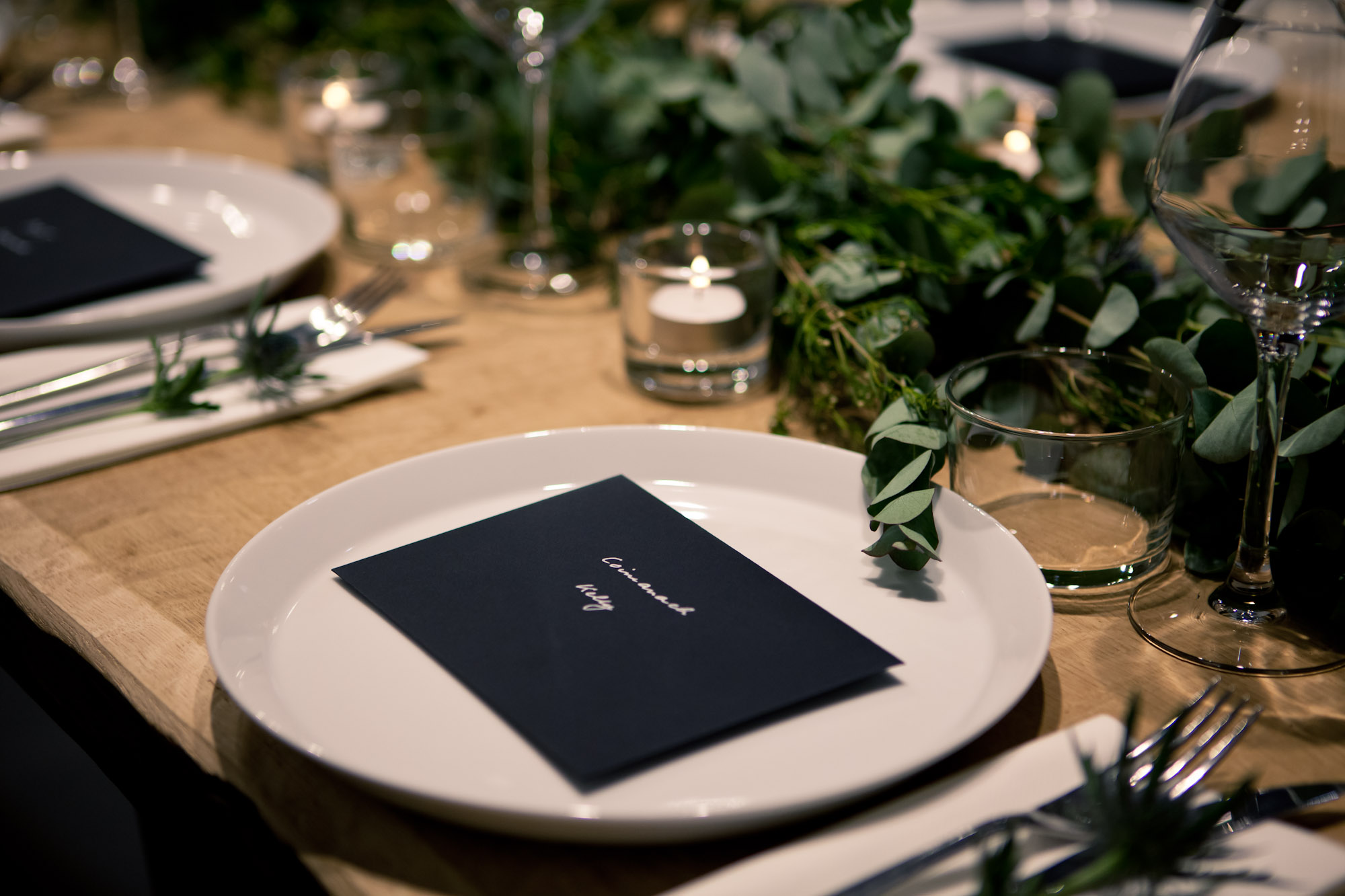 I chose this image from the Diamanti Per Tutti x 70percentpure dinner party because it represents how much this blog has grown over the past year. I notice it both in the following and requests for collabs. I won’t hesitate to admit that I had some second thoughts earlier this year but the name change did the blog good. So did me planning everything, updating more frequently and giving shape to new ideas. I have a ton of ideas stuck in my head for the future, let’s hope I can realise some of them in the new year. 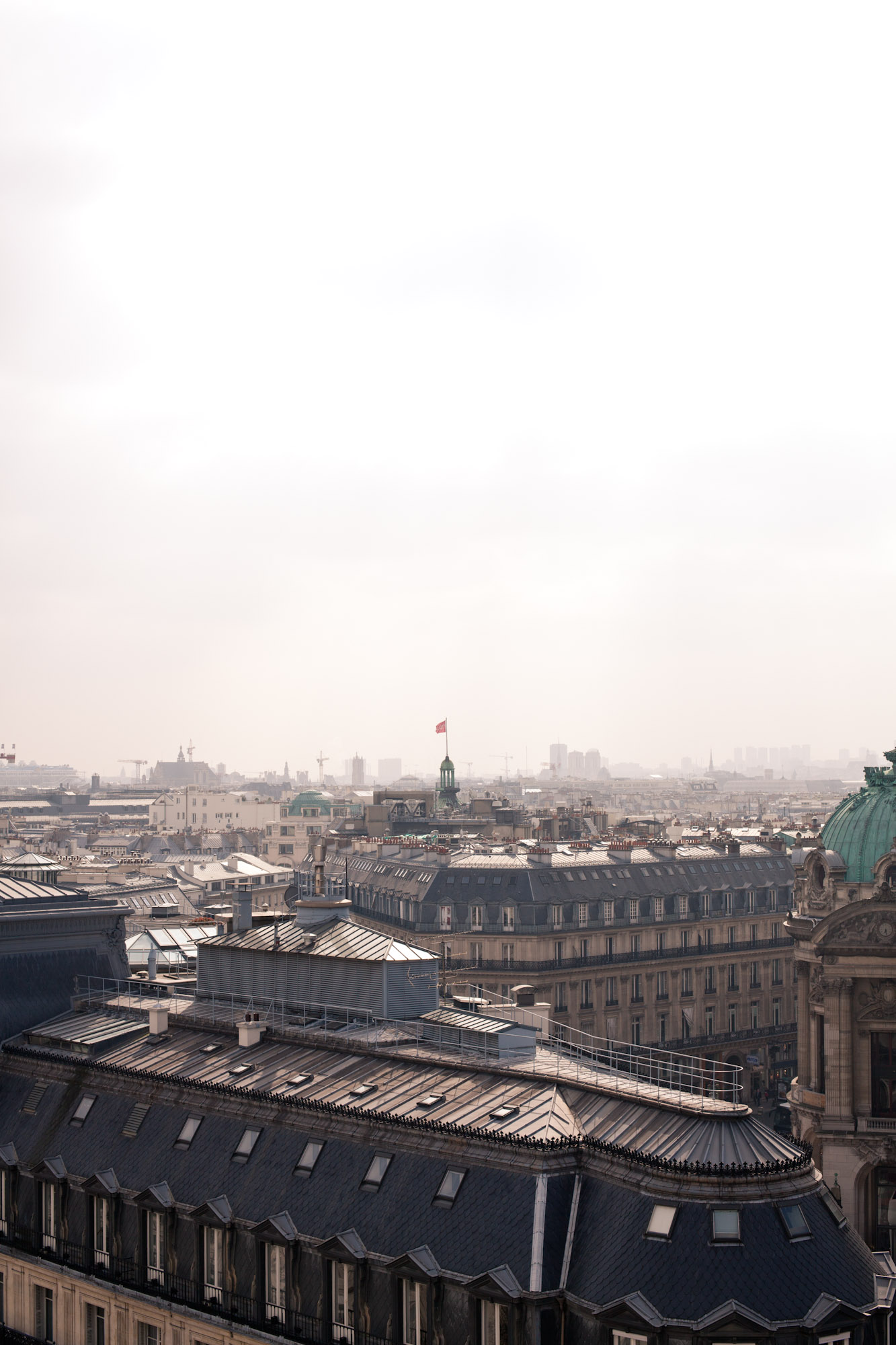 2014 was kind to me in the wanderlust depart. We headed to Paris in March and it was a ‘good-to-see-you-again’ moment with my first love. Only a mere three hours away from where we live, it’s a shame we don’t visit it that often (or not often enough, for me). 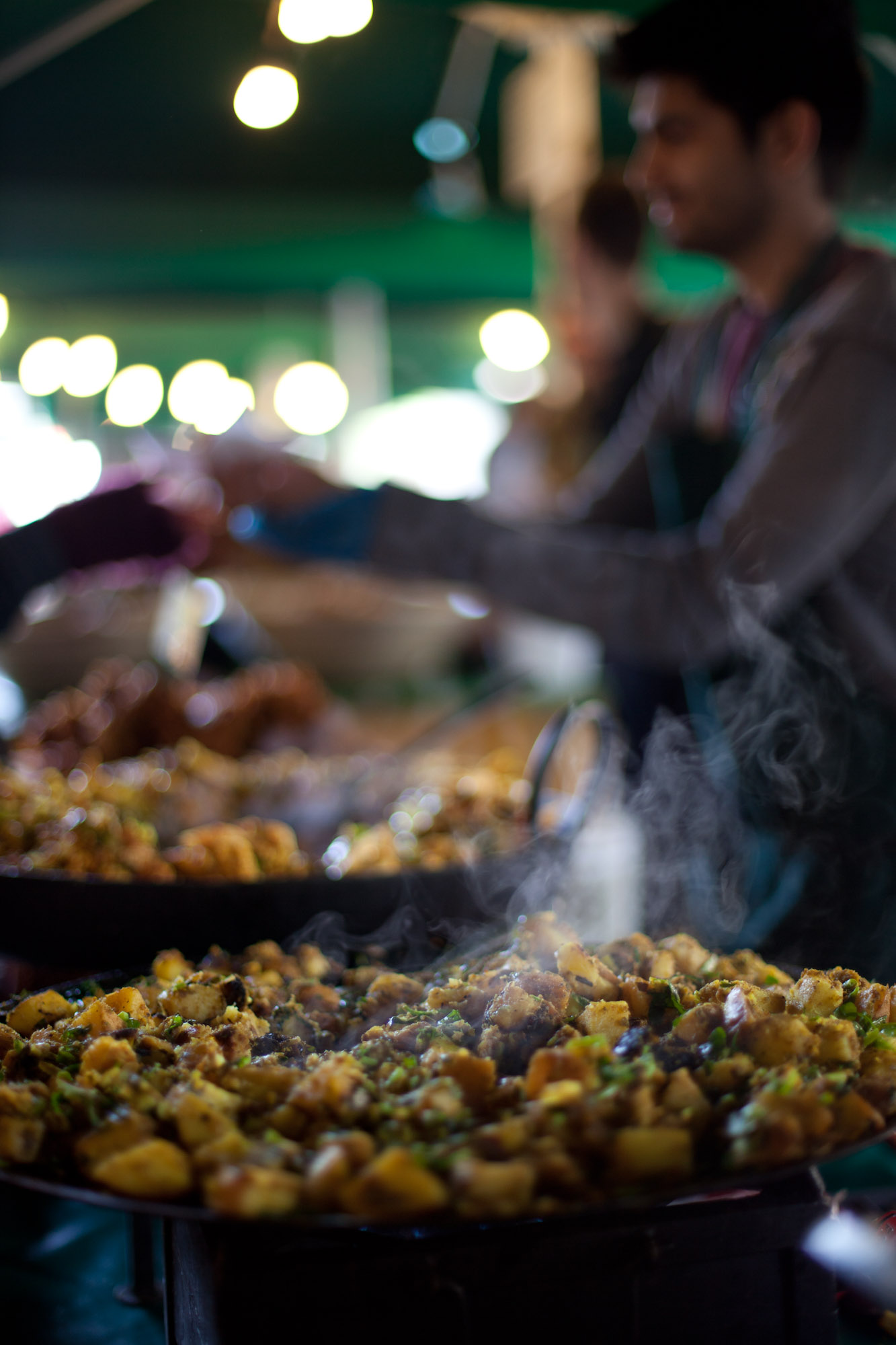 Like I said, 2014 was really kind in the wanderlust department. So kind that it allowed me three visits to Londen. The first one brought me to London for the day, together with my mom. I cannot express how much I love this city. It has so much meaning to me and has been witness to many beautiful encounters over these past few years. Let’s hope I can go back soon. 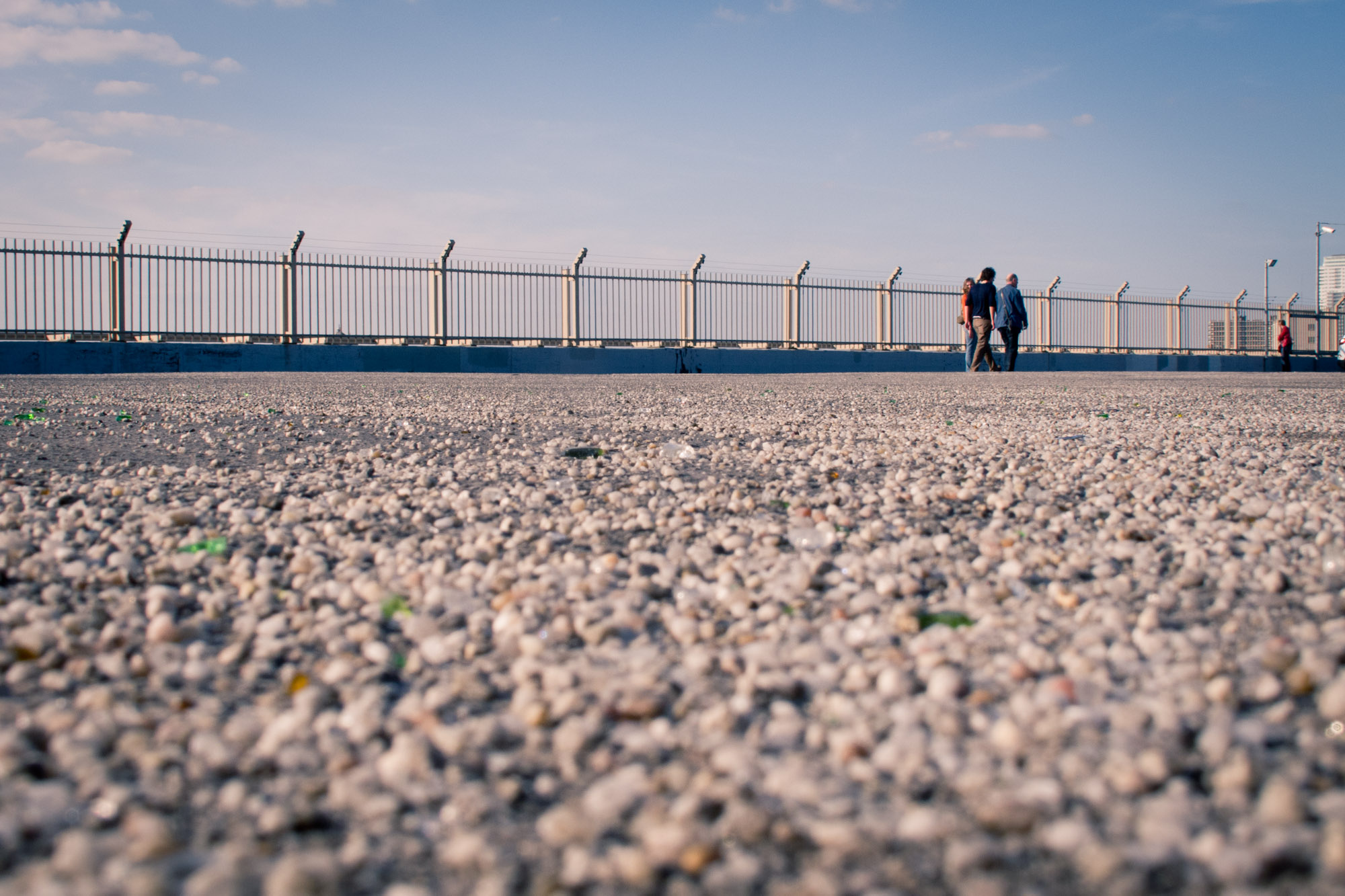 I rediscovered Brussels over the course of the year. It’s a shame, isn’t it? Brussels, being the capital of the tiny country I live in. I promise I won’t neglect you in 2015, Bruxelles ma belle. 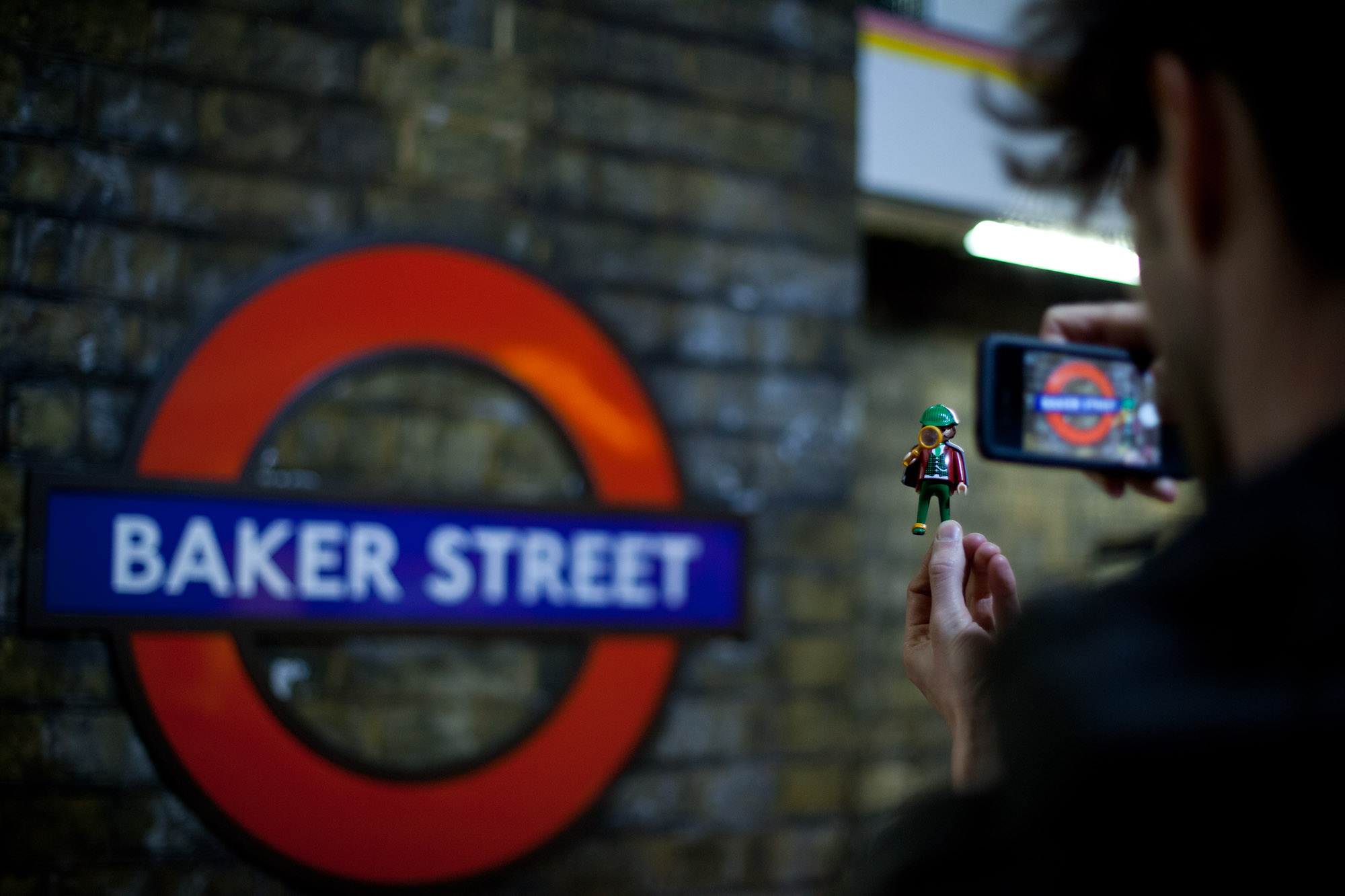 The second London trip of the year featured my two besties and Miranda. Such fun! 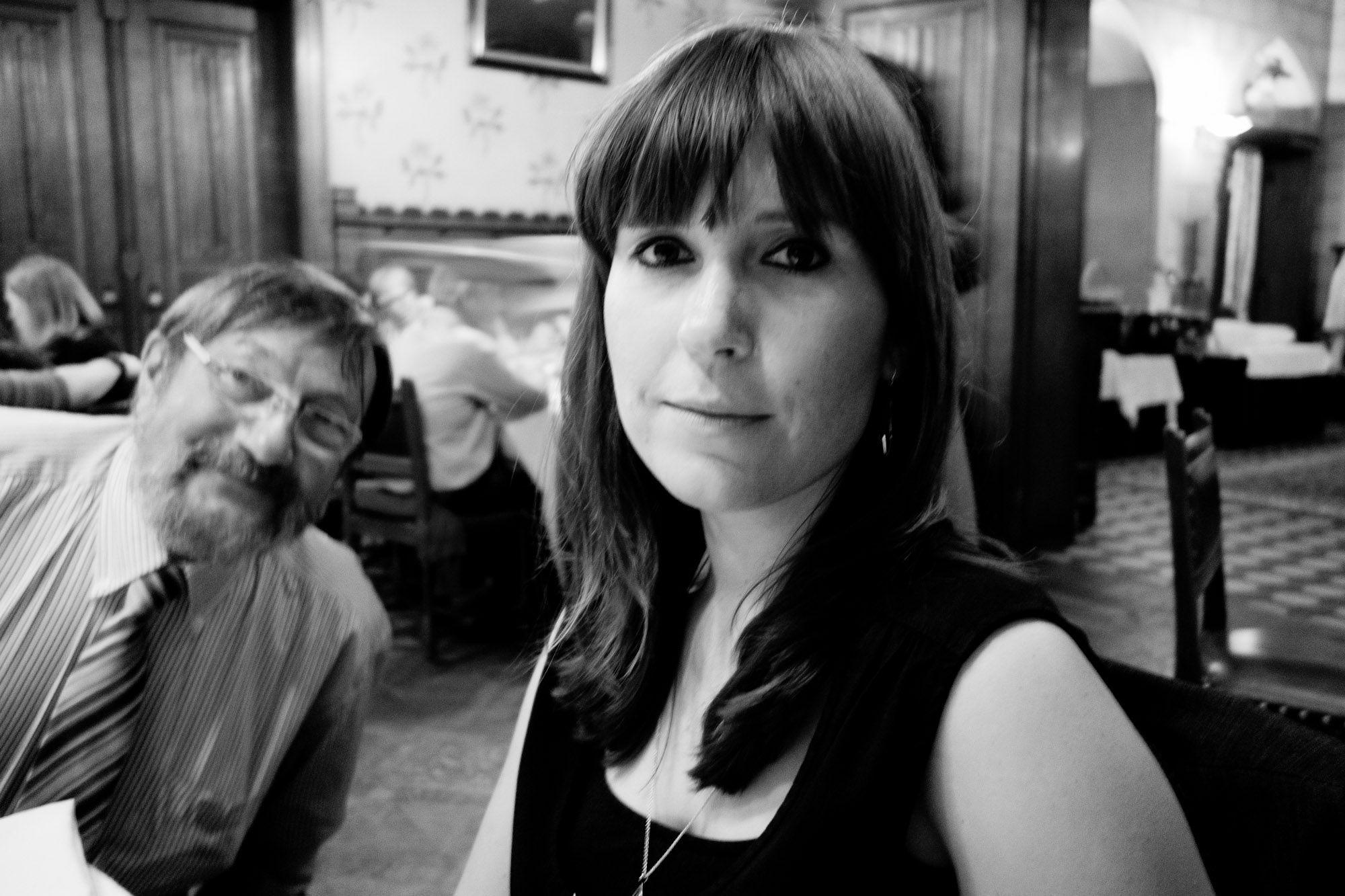 Quite possibly my favourite photo of the year: my dad photobombing me at my mom’s birthday dinner party. Daddy cool or what? 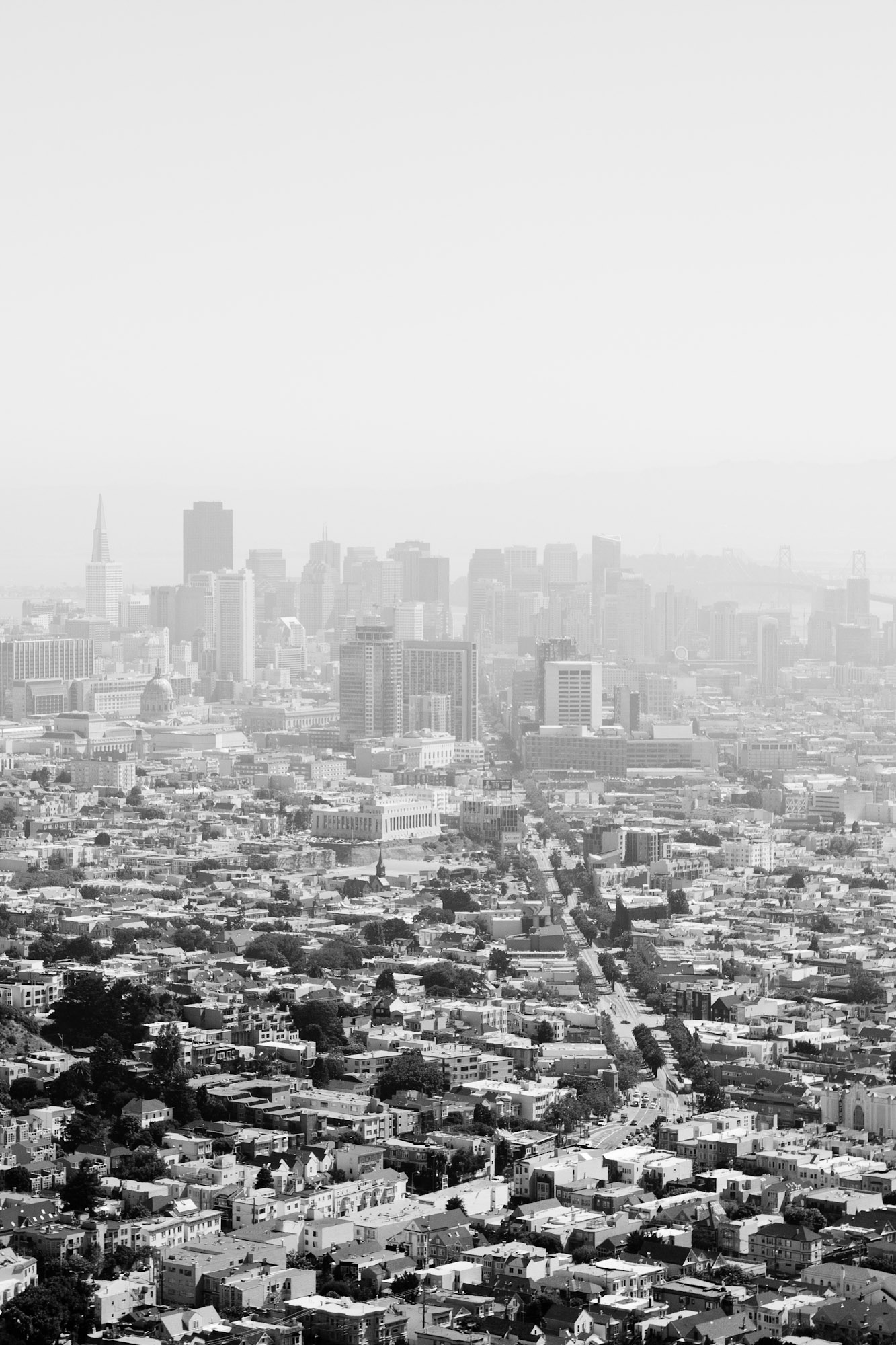 I think I left something in San Francisco.. Quite possibly my heart. I fell in love with this city from the moment I laid eyes on it on the rooftop of the inn we were staying at. I’ll be back, one day. 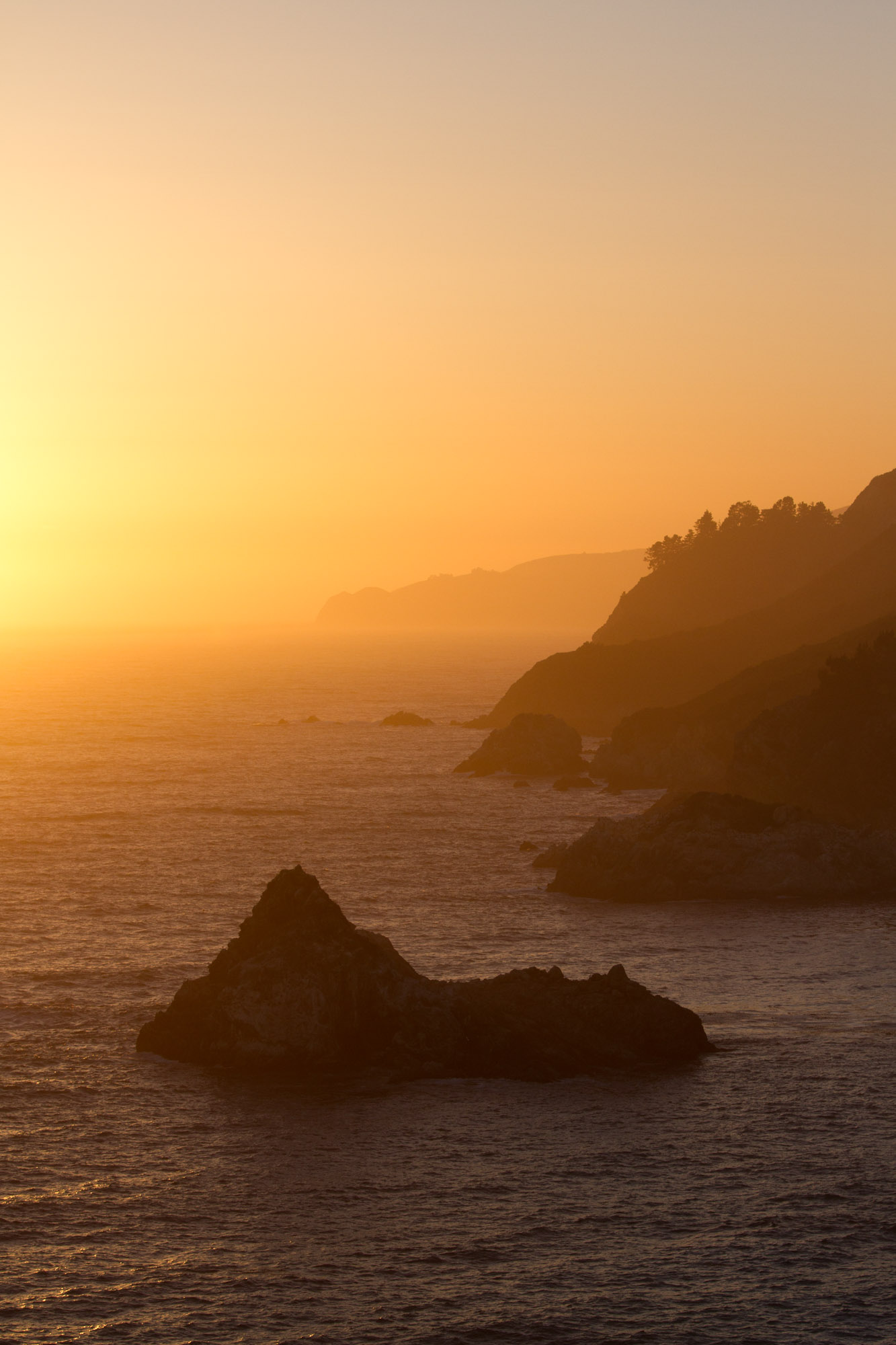 We experienced the most beautiful sunset we could ever imagine in Big Sur, California. Looking at these photos makes me kind of teary-eyed. The beauty of Big Sur was something we never experienced before. 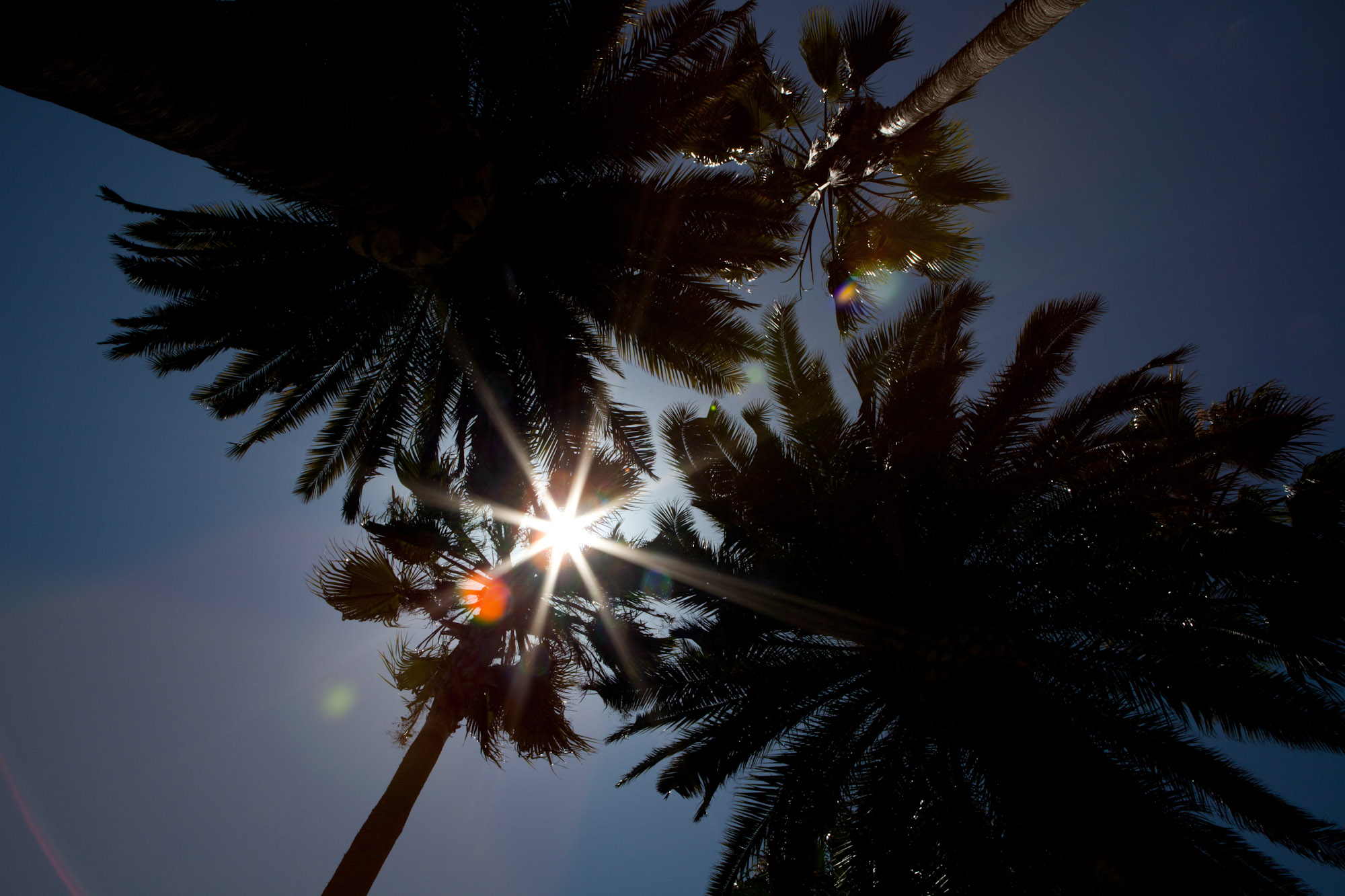 Palm trees because they are so significant when it comes to the road trip we made back in May and June. I had dreamt of this trip for over twenty years and it was worth the long wait. It might not be soon, but I hope to go back eventually. 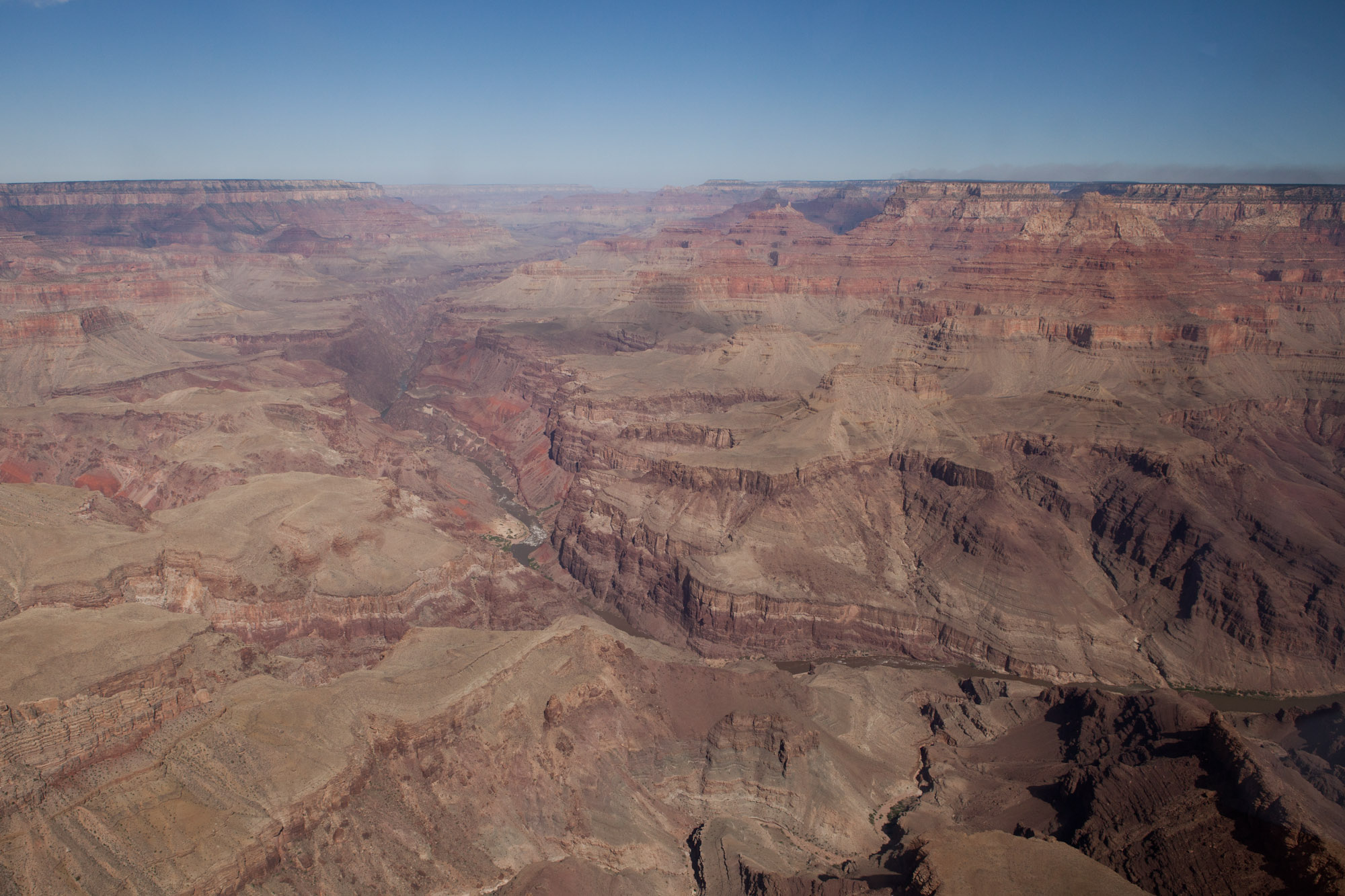 My first glimpse of the Grand Canyon during our helicopter flight. It was beyond epic. Words cannot describe how beautiful it is. I know it sounds cliche but you really have to see this one in person. Photos don’t do it justice. At all. 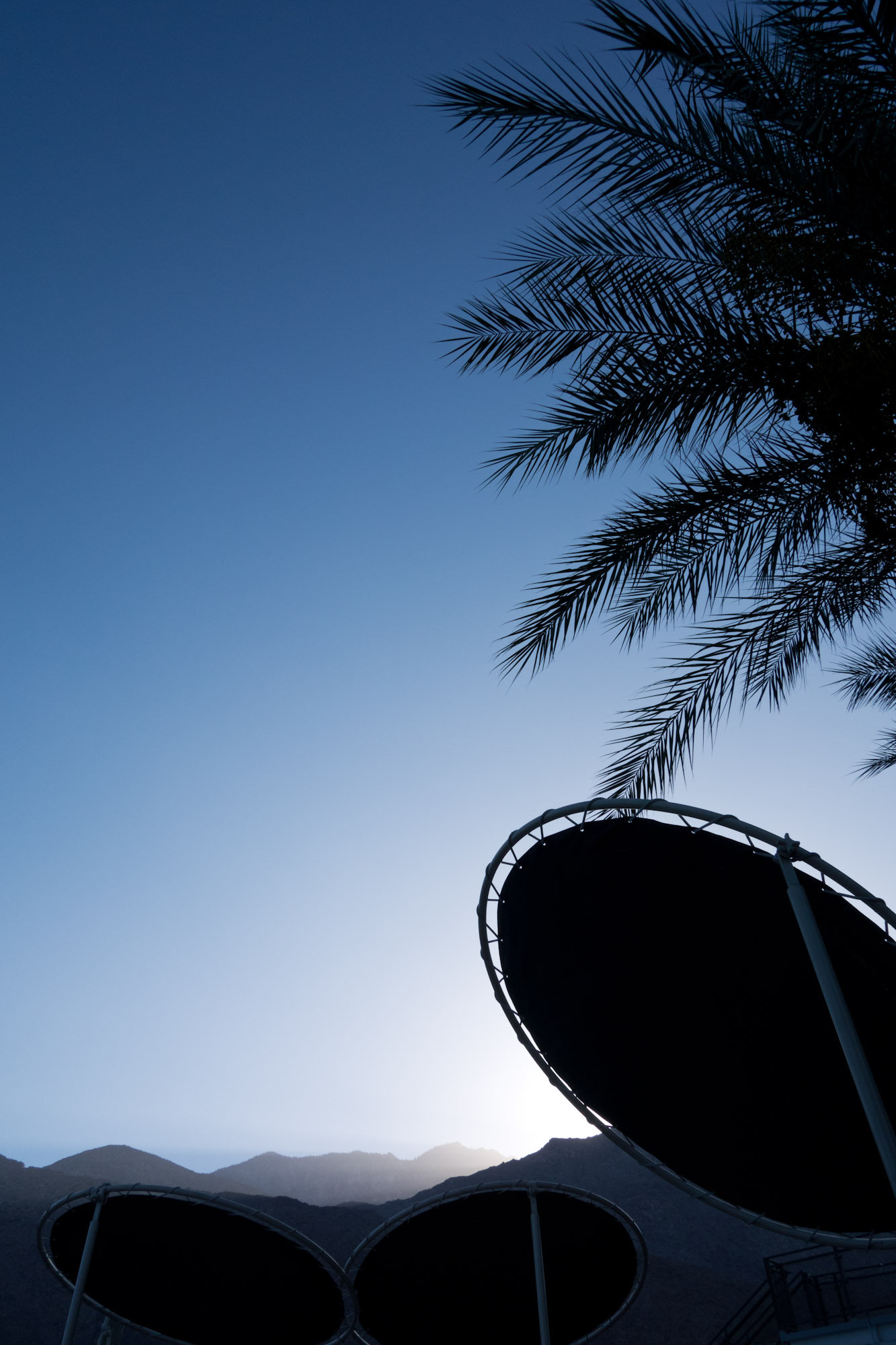 I think I never felt happier than at this exact moment, lounging by the pool at Ace Hotel & Swim Club in Palm Springs. We had come to the end of our trip (insert sad face here) and left with so many beautiful memories which we will cherish forever. 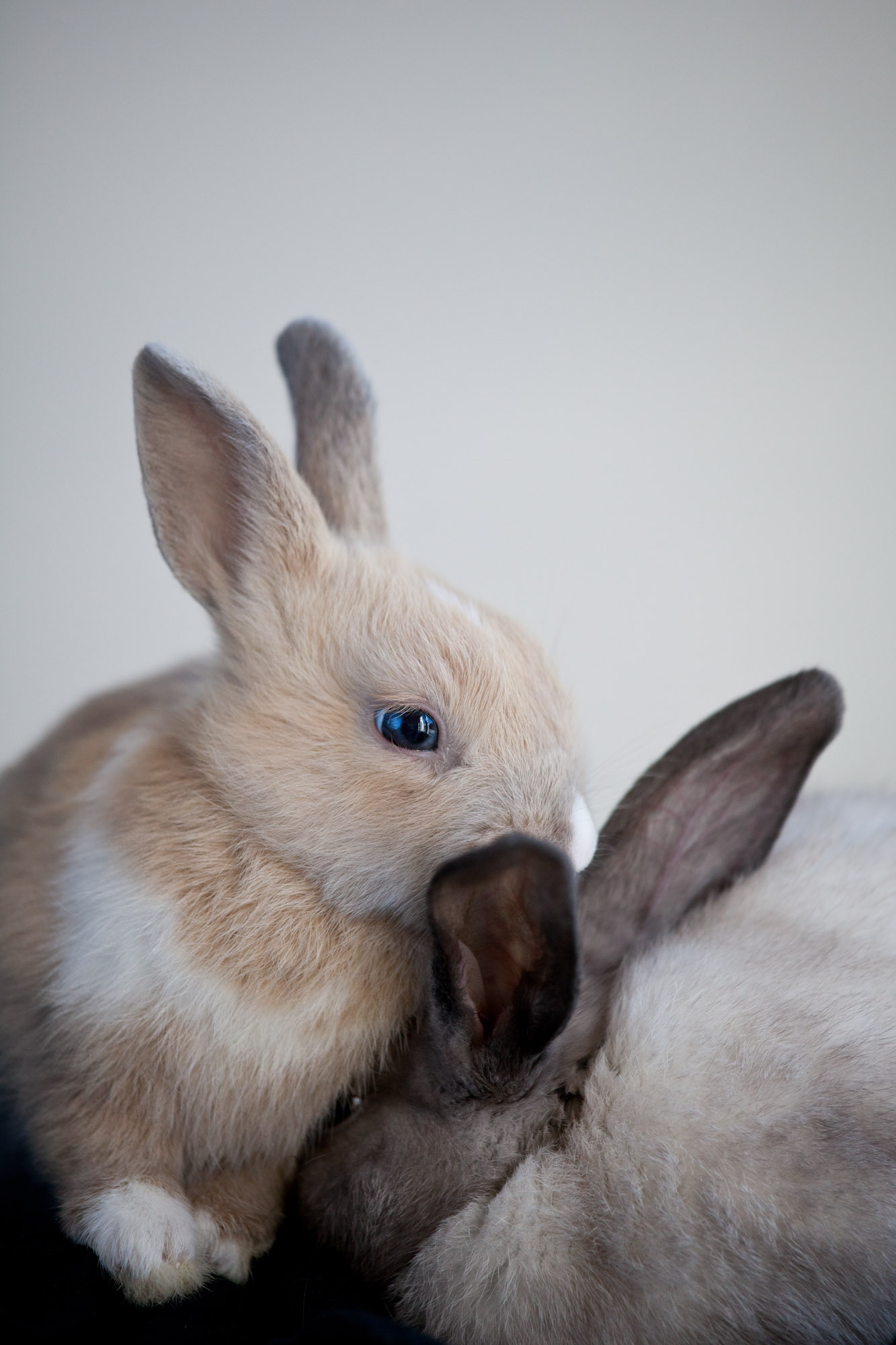 After having to say goodbye to Hiro at the end of 2013, I really needed some time to cope with the loss. He was the first pet we got together as a couple and I went through a really hard time. Charlie & Lily could never fill the void left by Hiro, but they sure do their part in trying. While they have totally different characters than I’ve ever experienced before with my pet rabbits, I love them so much. 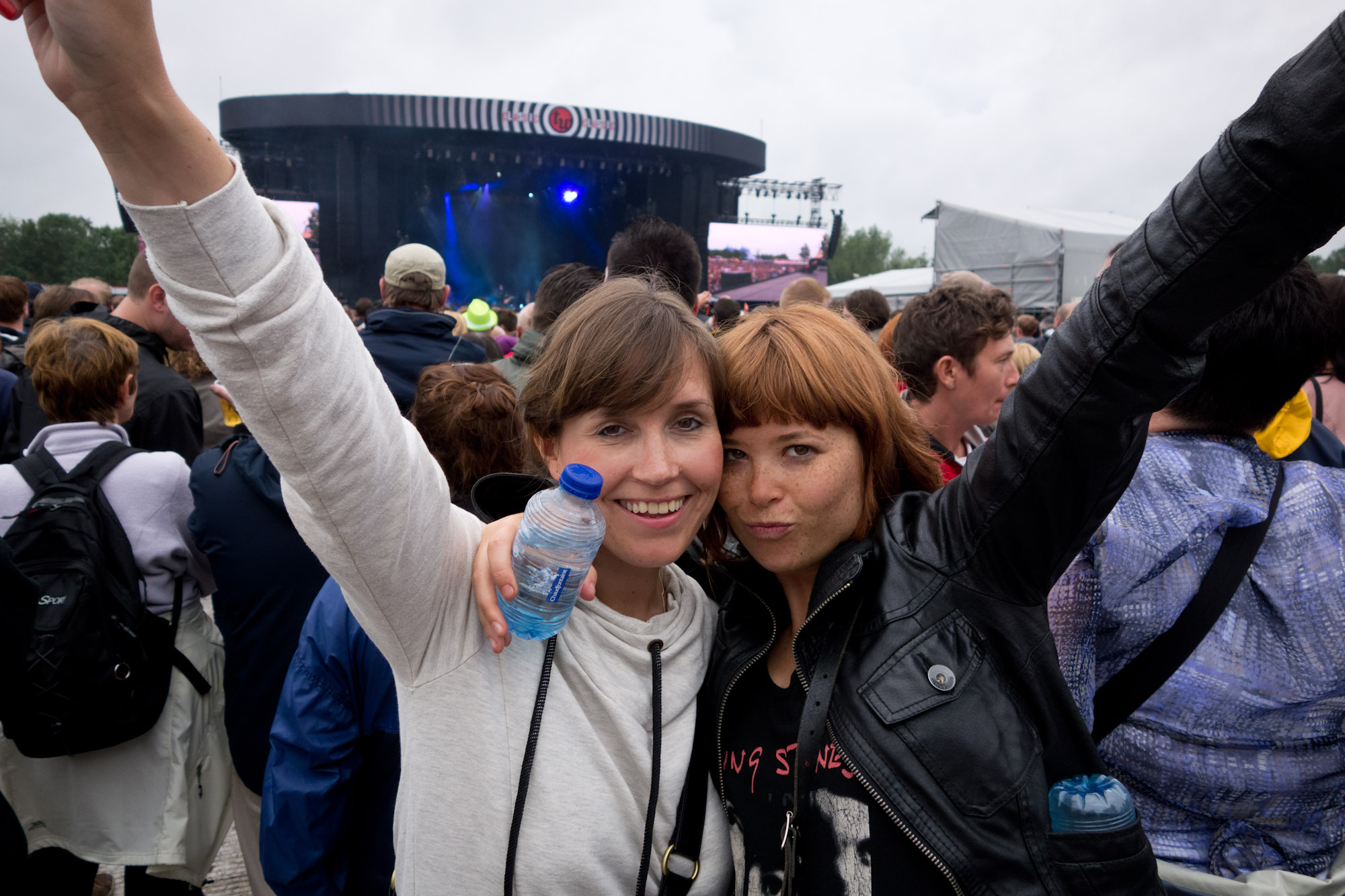 Third time’s a charm, right? After missing out on two gigs before, I finally made up for it and saw The Rolling Stones live over the summer. EPIC! 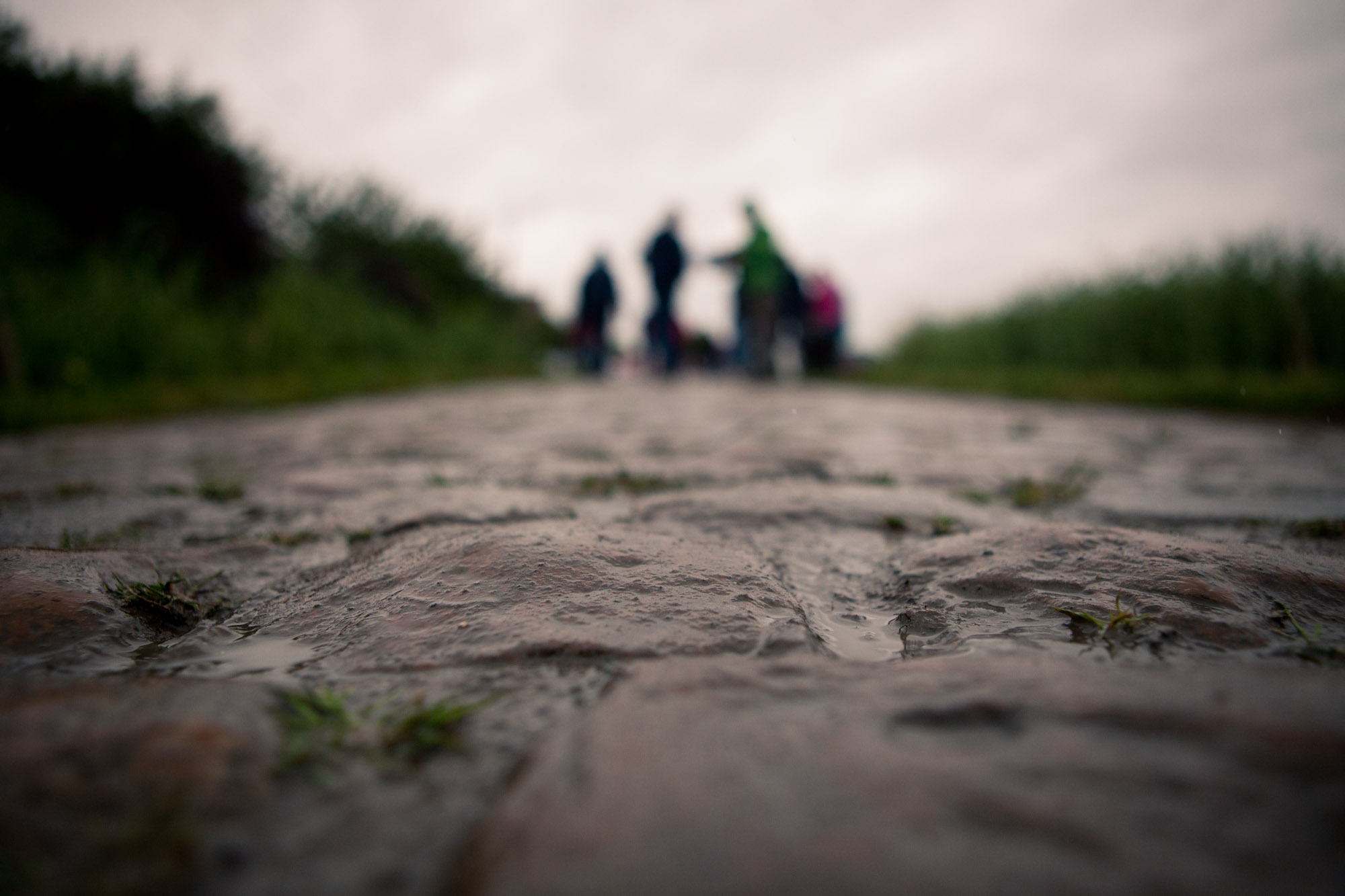 The Tour de France should have been called the Tour de Rain. Still, it was quite an experience to see the riders on the wet cobbles in summer. I had a great time being on the road with my parents (my husband is not that fond of cycling) and hope to join them next summer in Holland. 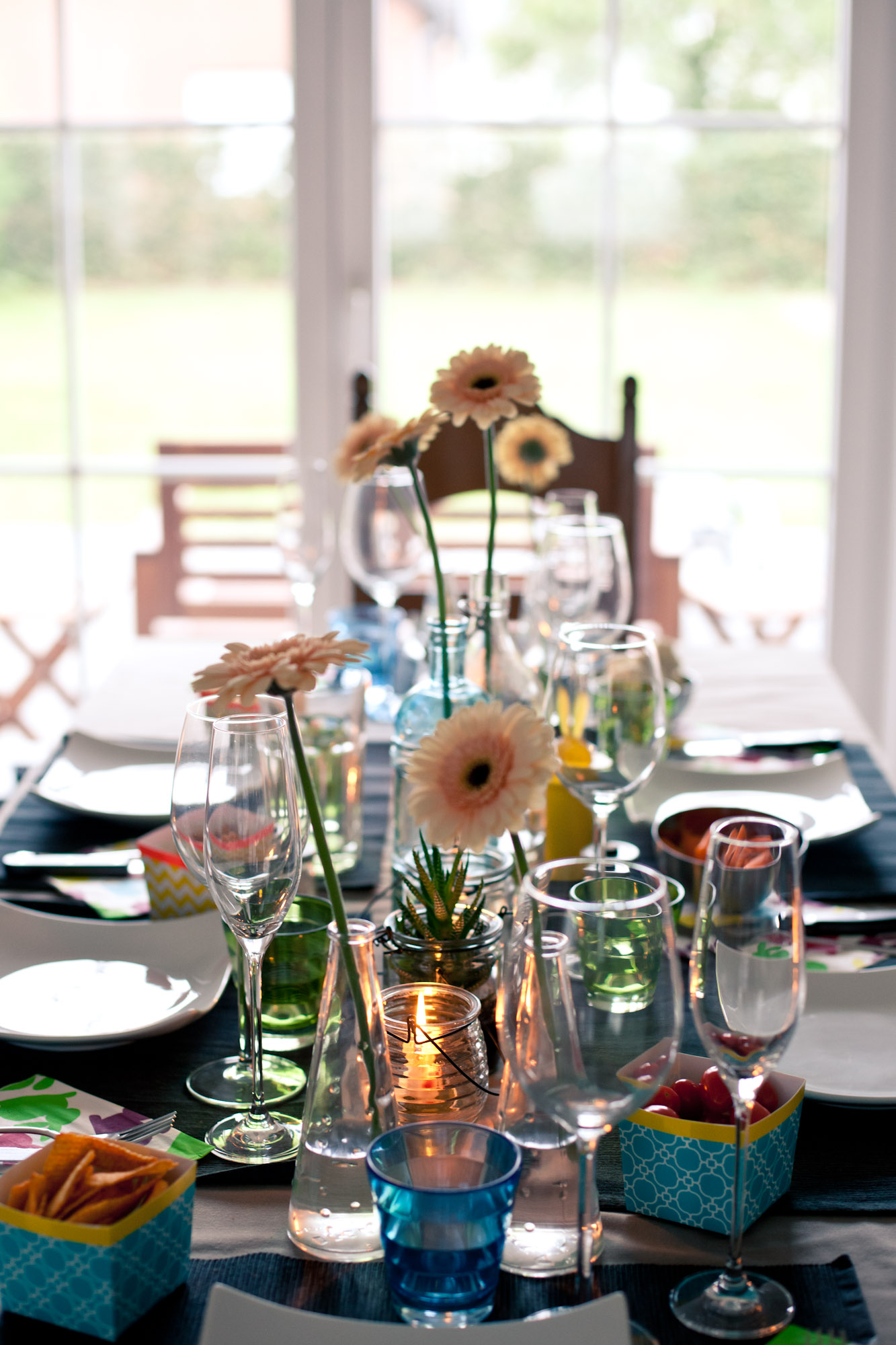 I really tried to step up my game when it came to dinner parties. I paid more attention to the table setting and planned everything carefully so I wouldn’t create so much stress. I must say, it really paid off and I am much more at ease nowadays when hosting one. 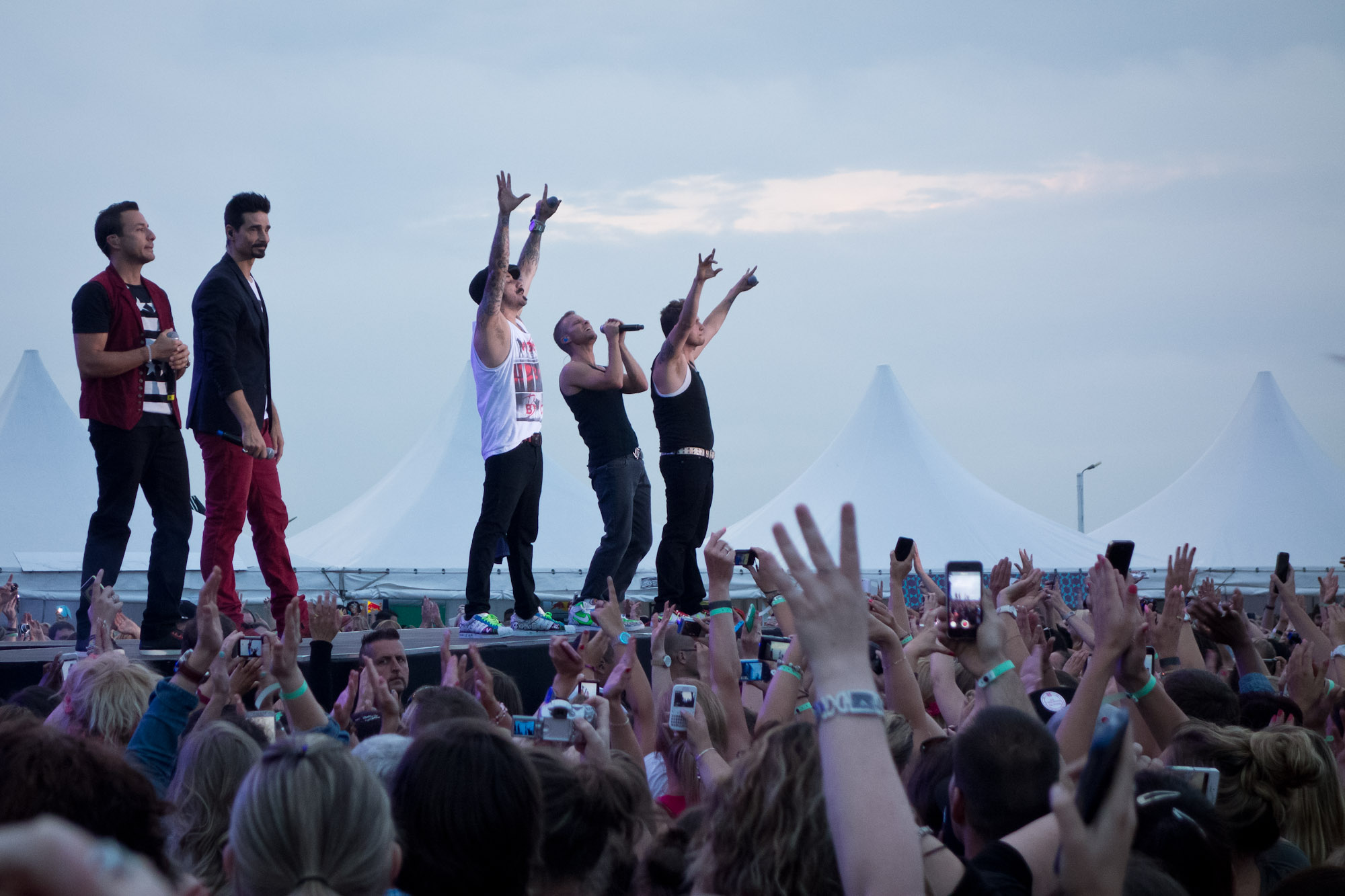 Back in August, I was 16 all over again when the Backstreet Boys visited Ostend for an outdoor gig. My favourite band in high school at a concert only 20 minutes from my home? Hell yes! 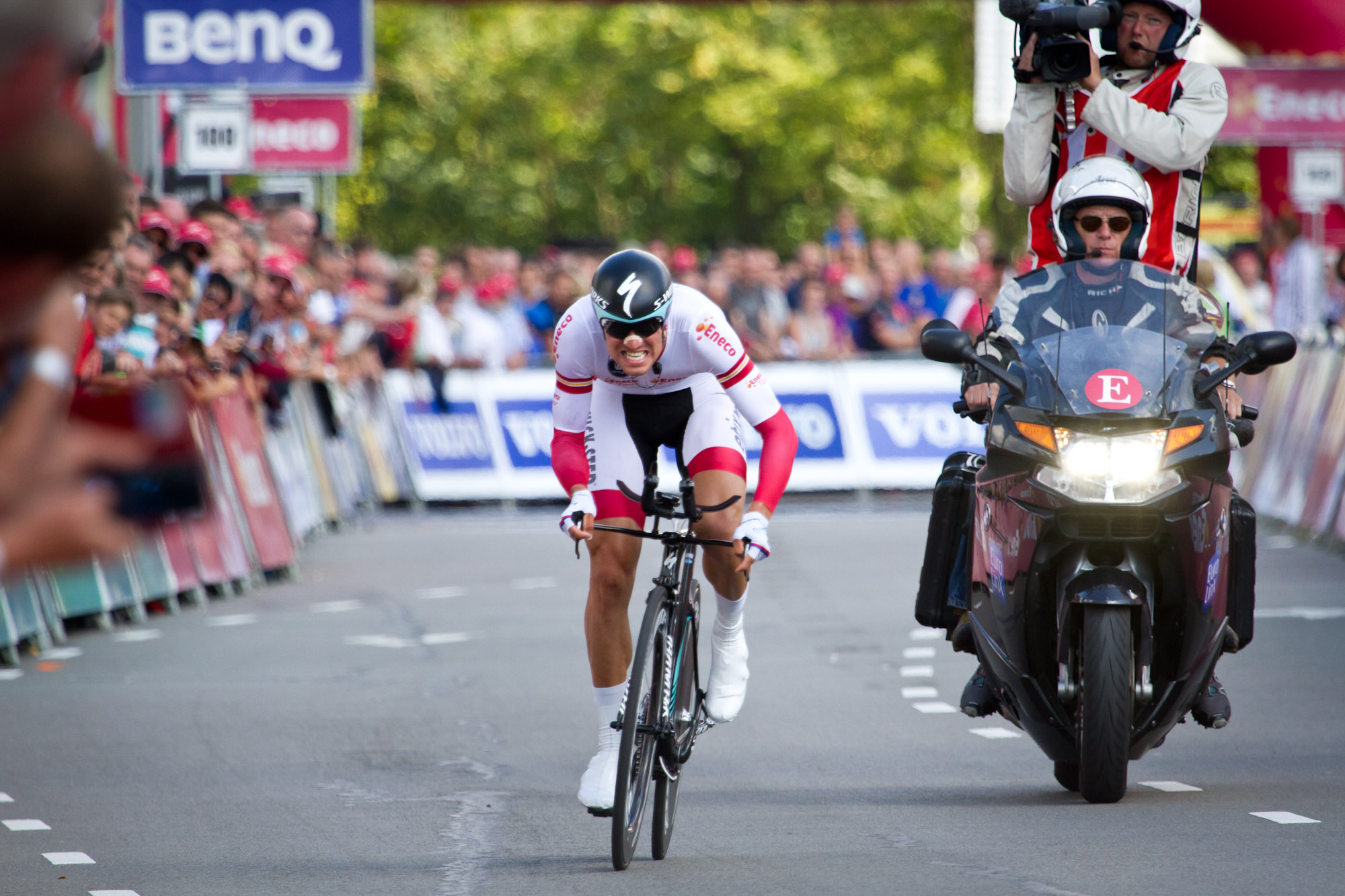 One of my best memories of this year has to be the day that I joined cycling photographer Cor Vos at the Eneco Tour in Breda, The Netherlands. I learned so much from him on that day and it was such a beautiful experience. 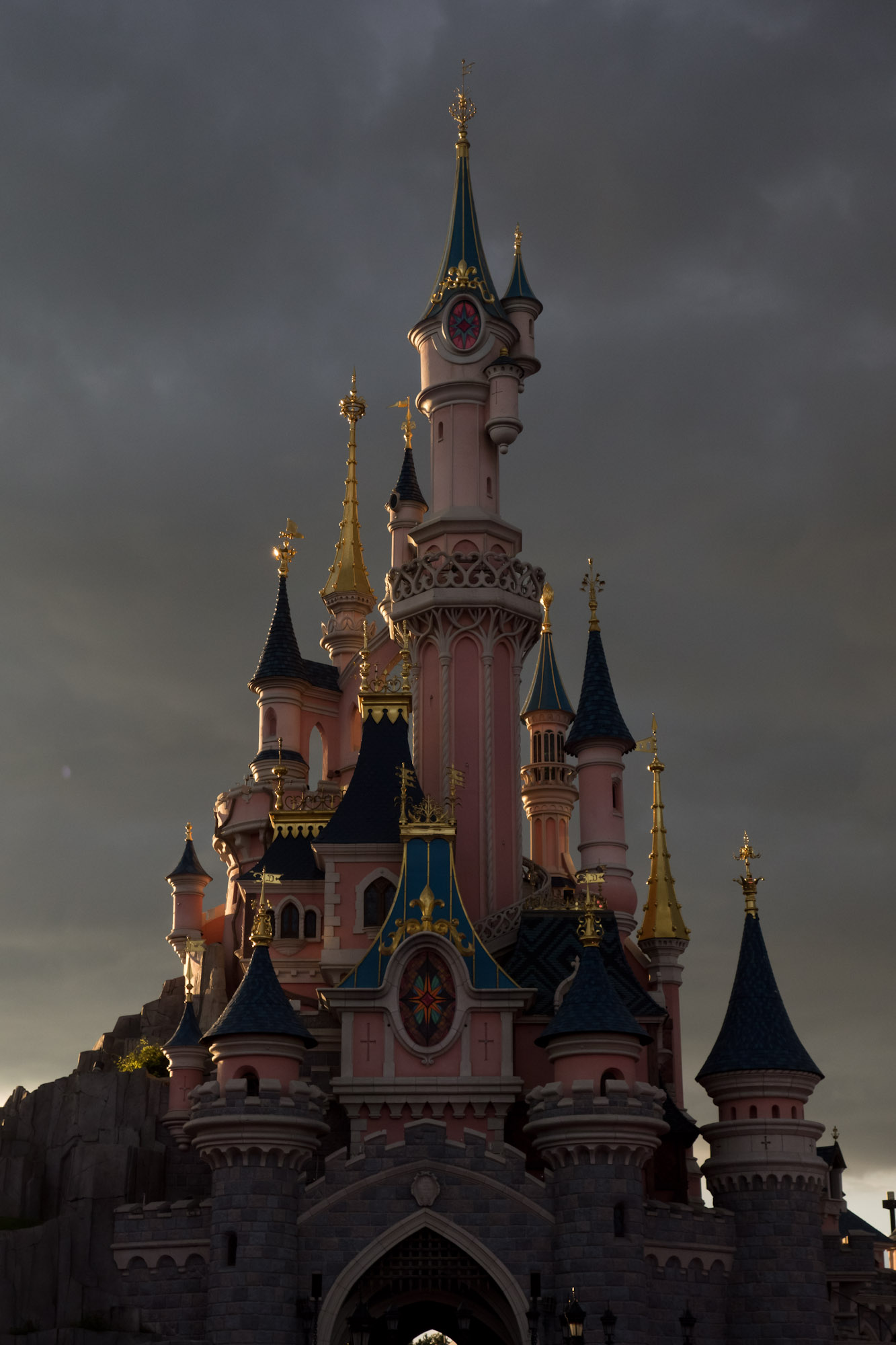 My husband adores Disney even more than I do and convinced me to buy annual passes back in August. I said yes and we’re now looking forward to our third visit in less than half a year. 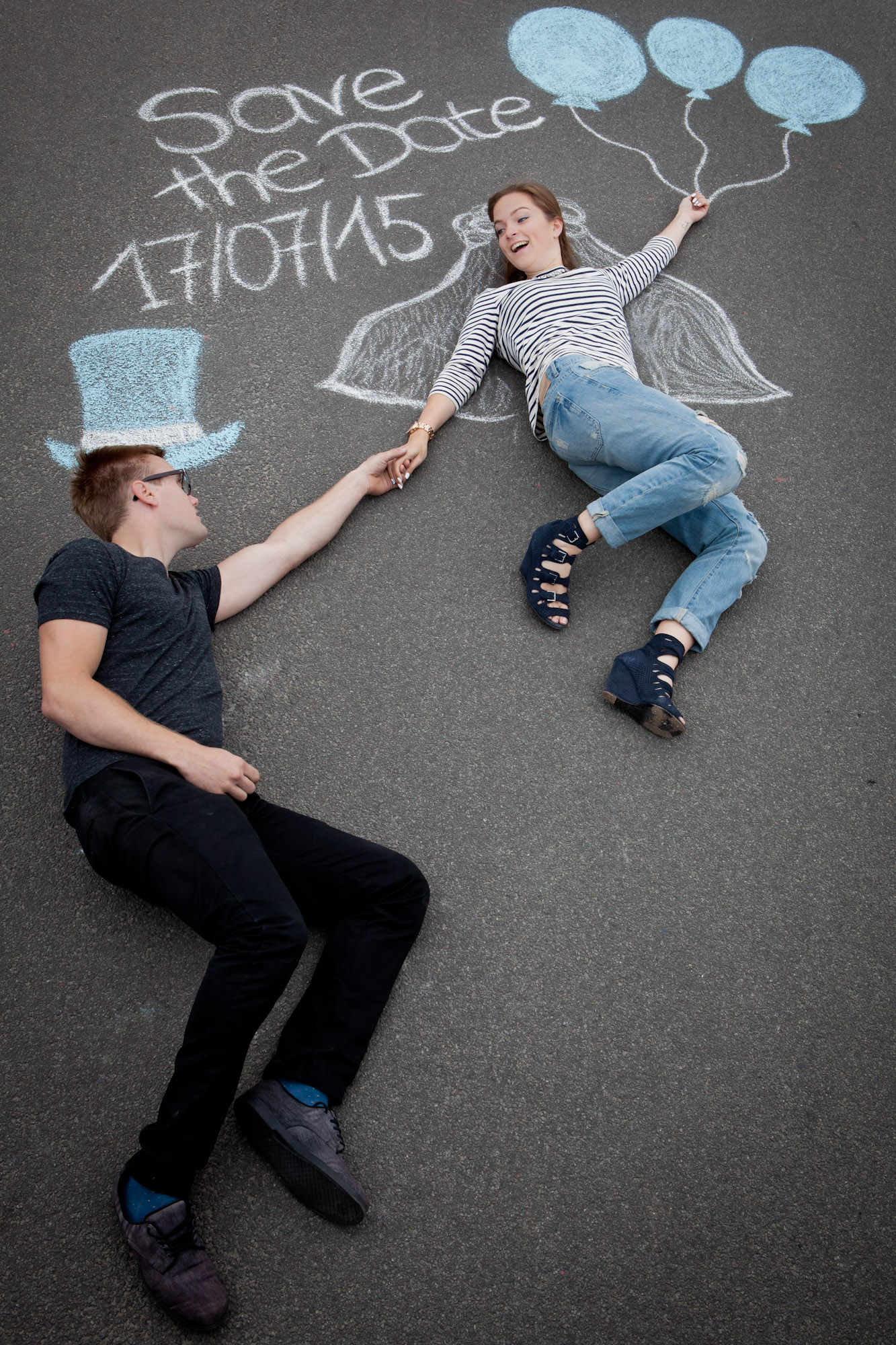 2014 marked the year for change. I made some changes in the me-department (which I might or might not write about) and finally started my own photography business. I was very happy to photograph fellow blogger Liesbeth and her fiancÃ© for their wedding invites. It also marks the start of new friendships as I met some incredibly cool people this past year! 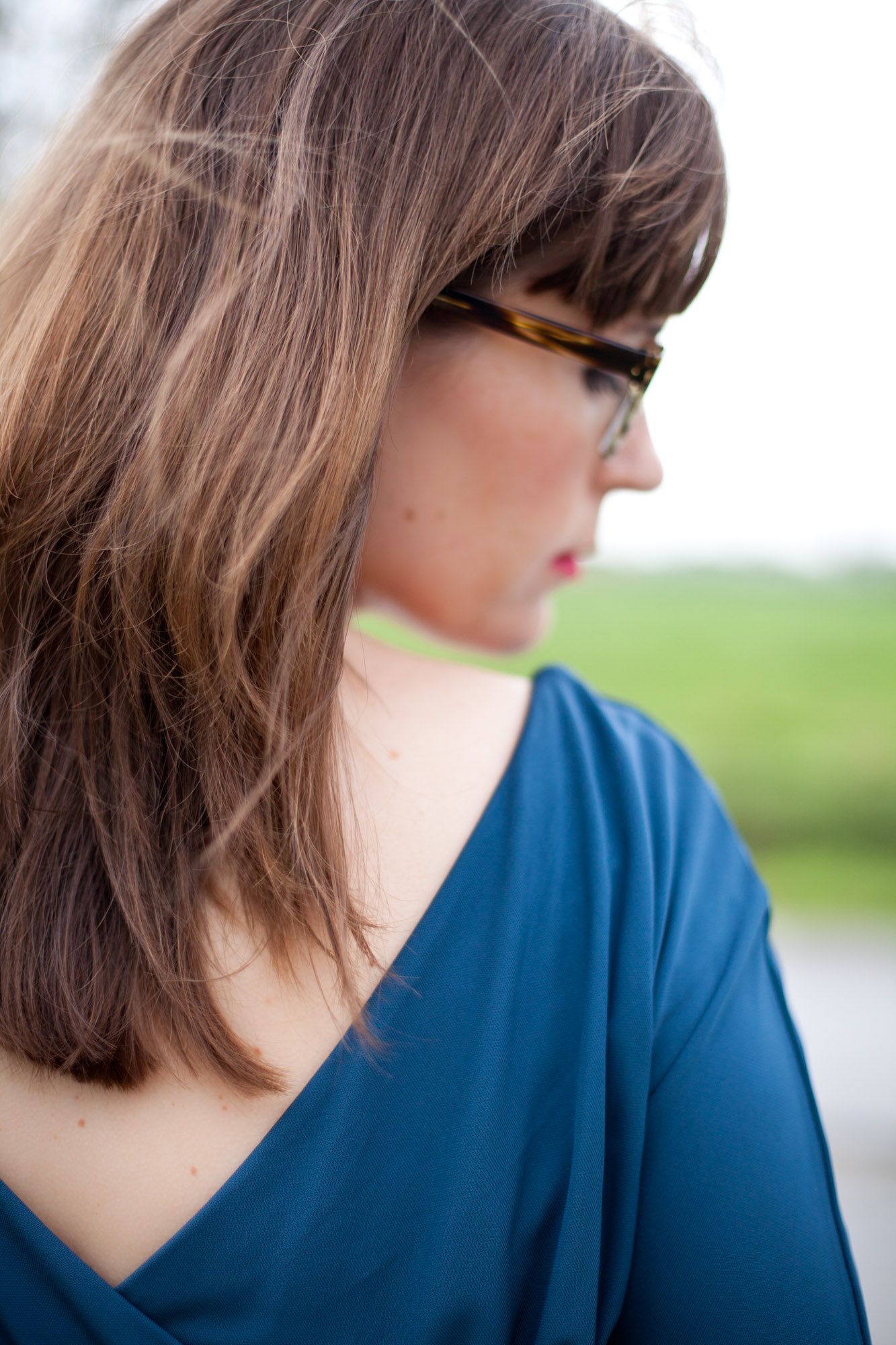 Remember what I told you about the me-department? This is the proof. 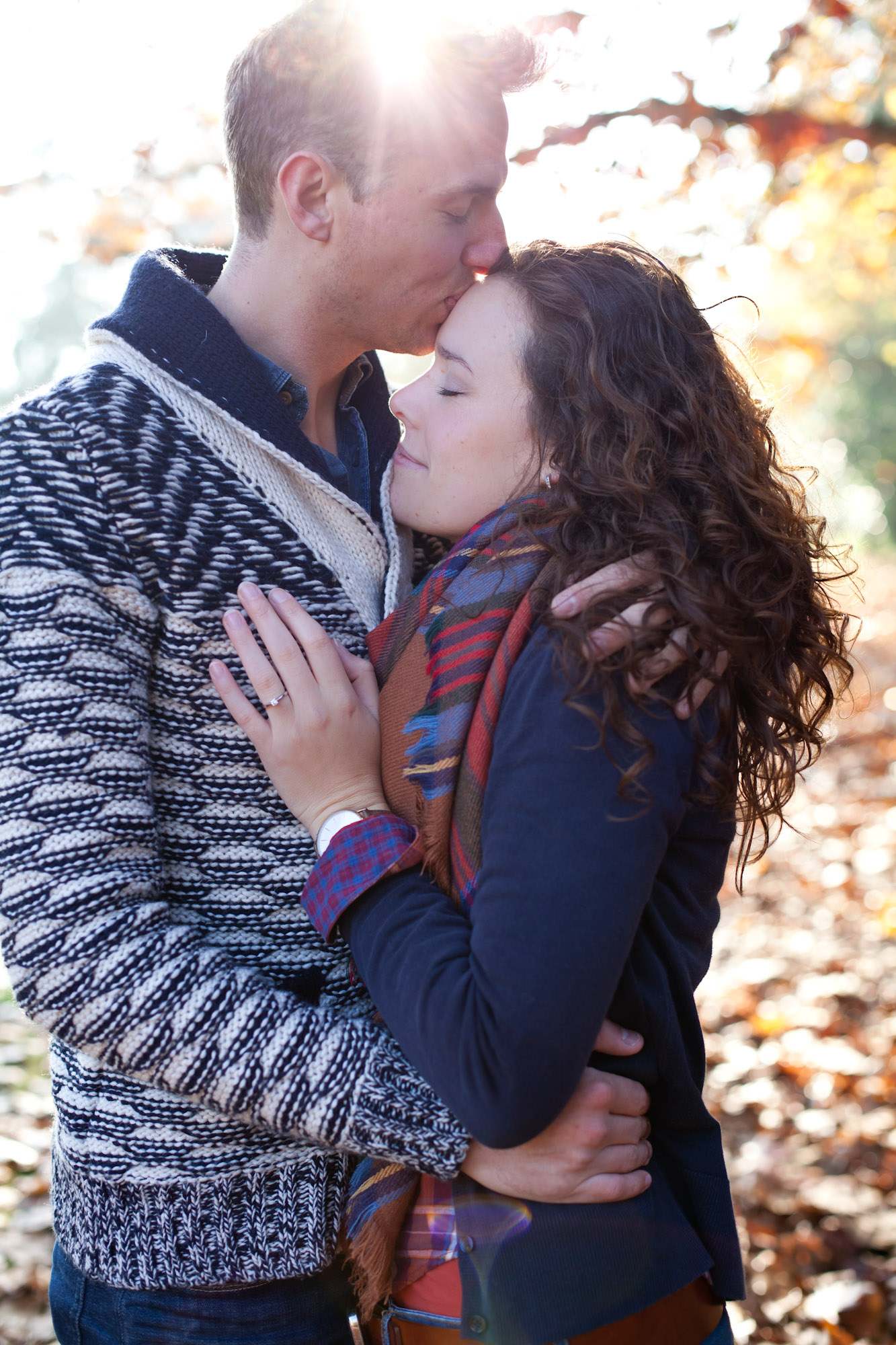 One of my favourite portraits this year of my colleague Julie who is set to wed the love of her life next year. Can’t wait to share your big day with you guys! 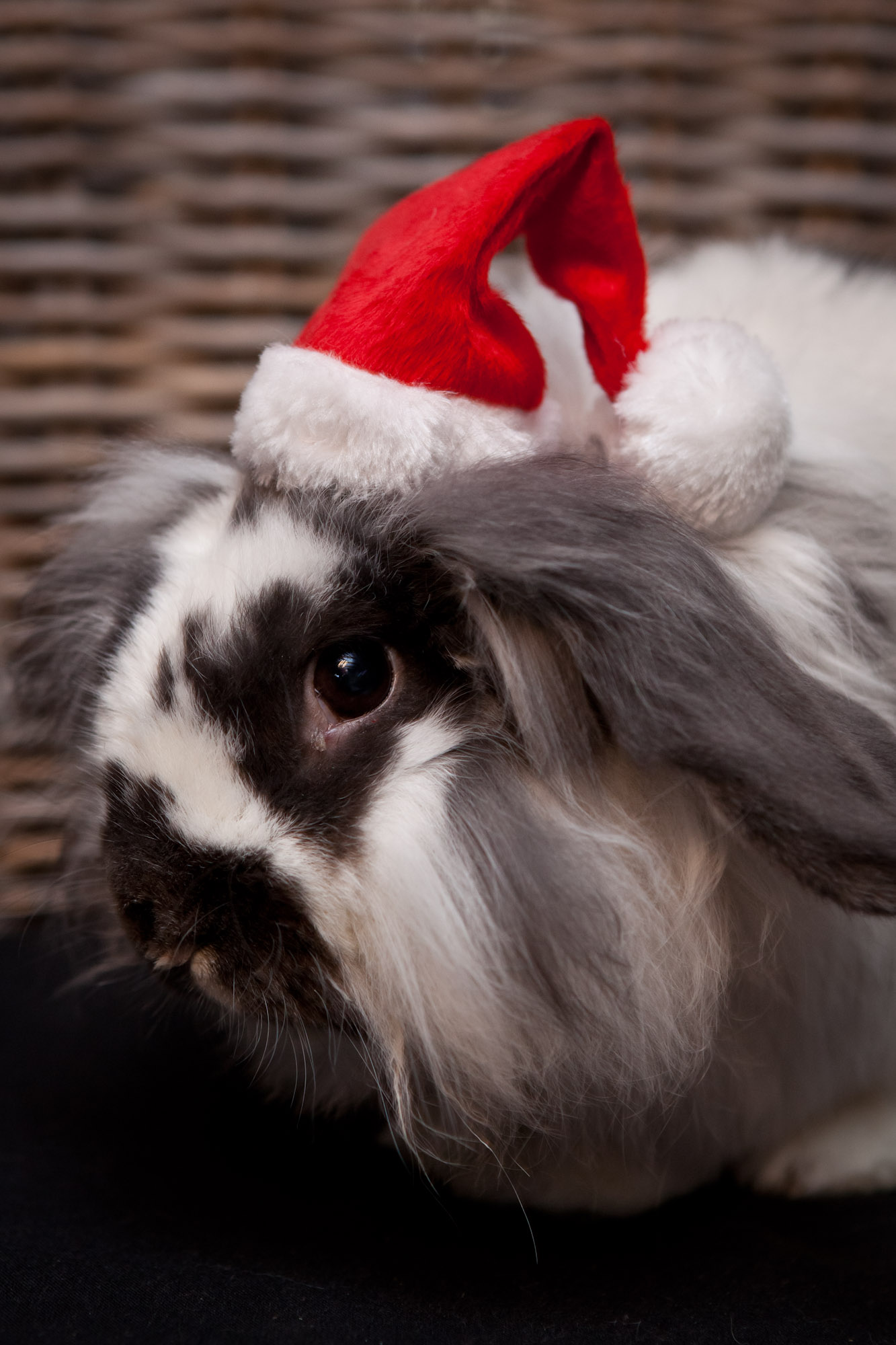 My bunny Joey (who lives with my parents) went through a difficult time this year. He had to cope with the loss of his buddy Robby over the summer and also had surgery twice. The latter left me worried for over a month (and I still am at certain times). I really hope he fully recovers, he’s one of the smartest bunnies I’ve ever met and I love him dearly.

Well, that’s been quite a year, huh?

As I’ve mentioned in the title, there’s a (not so little) contest attached to this post. I have â‚¬50 gift card up for grabs for you to spend on a photo shoot of your choice with me as your photographer. Photo shoots start at â‚¬99 to give you an idea what I’m talking about.

What do you have to do to win this? Well, I’ve presented you my favourite photos of the year, now I want to see yours. Send me your favourite photo of this past year with a short note on why it is your favourite photo. I won’t be looking at the quality of your photos, but I am much more interested in the story behind them.
Send in your photos to hello@kellysteenlandt.com together with your full name and e-mail address. As some of you will star in the Hangover part IV by Thursday, I will have this contest open until next Wednesday, January 7th. Good luck!